The availability of new association health plans may result in self-employed individuals and small groups moving away from exchange/marketplace products in favor of the less expensive coverage.

AHPs also will provide a new alternative for the self-employed and small groups that did not purchase health insurance through the exchanges due to affordability concerns. The final rule includes protections intended to remedy historical challenges with AHPs and to prevent AHPs from discriminating against individuals based on health reasons, something that would have been prohibited for issuers and plans offering small group and individual market coverage.

The DOL’s final rule does not represent a significant change in direction from the content of the proposed rule issued in January. Fundamentally, the final rule expands the definition of an “employer” within the portion of the Employee Retirement Income Security Act of 1974 defining who can be the sponsors of a multiple employer group health plan.

The definition of an “employer” previously allowed bona fide associations to qualify to band together to offer health and other benefits based on a “commonality of interest” test, intended to distinguish this multi-employer or multi-association coverage “from arrangements that more closely resemble State-regulated private insurance offered to the market at large.”

The expanded definition loosens the “commonality of interest” standard to enable more and larger groups to form associations and collectively purchase group health insurance for their constituent members.

Specifically, “employer groups or associations would meet the commonality of interest criteria if their members were in the same trade, industry, line of business, or profession, or maintained their principal places of business in a region that does not exceed the boundaries of the same State, or in the same metropolitan area.”

While the final rule memorializes the proposed loosening of the “commonality of interest” standard, it adds a factor that retightens that loosened belt. Although not addressed in the proposed rule, the DOL’s final rule added the requirement that these employers or groups also have at least one common substantial business purpose amongst themselves in order to qualify as an association for offering an AHP; they cannot simply be grouped geographically.

The proposed rule contemplated employer control over the association, which was modified slightly in the final rule in that the final rule clarifies that the control need not be over the day-to-day affairs of the group, but instead states that control will be determined pursuant to a multi-factor “control test.”

Finally, there had been some debate regarding the final rule’s ability to circumvent the State regulation of AHPs. As discussed below, States have varying degrees of regulation of MEWAs and AHPs, with some States effectively banning these entities from operating.

Though the Trump administration may have preferred a more expansive view, the final rule is very clear that it “does not modify or otherwise limit existing State authority as established under . . . ERISA.”

The final rule acknowledges that “in the case of fully-insured AHPs, it is the view of the Department [of Labor] that ERISA . . . clearly enables States to subject AHPs to licensing, registration, certification, financial reporting, examination, audit, and any other requirement of State insurance law necessary to ensure compliance with the State insurance reserves, contributions, and funding obligations.” It is this State oversight that may serve as one of the impediments to the establishment of AHPs.

The final rule recognizes that the DOL and many States regulate MEWAs by, among other things, requiring that a MEWA operating in a State be licensed, registered, and have a minimum number of participating employers; obtain an actuarial opinion confirming that it can meet promised benefits, and maintain a minimum level of reserves.

For example, California requires MEWAs to maintain stop-loss insurance and a significant surplus. New York State does not allow the creation of an association if formed only for the purpose of obtaining insurance and has strict community rating requirements for fully insured and self-insured MEWAs.

Vermont is considering emergency regulations to ensure the solvency of AHPs, impose benefit mandates, and ensure clear disclosure to consumers. The final rule, however, cautions that exceptions to ERISA’s preemption provisions, at ERISA § 514(b)(6), provide a potential future mechanism for preempting State insurance laws that the DOL deems go too far in regulating self-funded AHPs in ways that interfere with the goals of the final rule.

The DOL instead anticipates that there will be close cooperation with State regulators to guard against abuse. However, New York State and Massachusetts recently announced intentions to sue the Trump administration over this final rule, arguing that the final rule invites abuse and fraud. 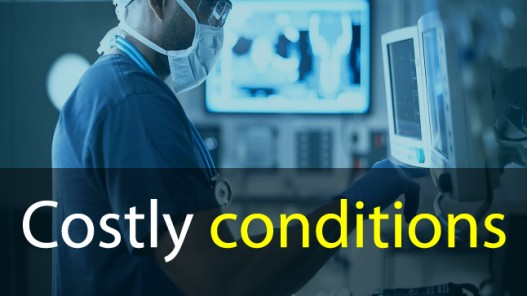 The final rule confirms that AHPs offered by a bona fide group or association will be subject to ERISA group health plan rules, including fiduciary obligations and prohibited transaction rules. As group health plans, AHPs are subject to the disclosure requirements of ERISA, which include providing a summary plan description and summary of material modifications to participants.
The SPD must disclose in a manner that can be understood by the average participant a participant’s rights and obligations under the plan, a description of the cost-sharing provisions, limits on benefits, and the extent to which preventive services, prescription drugs medical tests and procedures are covered under the plan. A Summary of Benefits and Coverage and Uniform Glossary must also be provided, and the AHP must disclose the services it does not cover.

Many commenters opposed the proposed rule on the ground that AHPs may not be subject to the requirement to provide essential health benefits — which apply to non-grandfathered individual market and small group market insurance coverage — and will seek to deliver low premiums by providing less comprehensive coverage options, siphoning healthy young people from the market.

The DOL declined to adopt recommendations to make the provision of EHBs a condition for a group or association to qualify as a bona fide association. Instead, the DOL noted that, while AHPs may choose to offer coverage to employers that are applicable large employers subject to the employer shared responsibility provisions of the Internal Revenue Code, the participating applicable large employers still face the possibility of having to make an employer shared responsibility payment if the AHP does not provide minimum value coverage.

In addition, the DOL noted in the final rule that AHPs remain subject to federal and state laws applied to group health plans. For example, AHPs must provide coverage for certain recommended preventive services without imposing cost-sharing.

Also, Title VII of the Civil Rights Act of 1964 generally provides that pregnancy-related expenses for employees and spouses must be reimbursed in the same manner as those incurred for other medical conditions. In addition, participating employers, depending on size, may still be subject to other rules, such as the Mental Health Parity and Addiction Equity Act.

The DOL emphasized that AHPs will be subject to state mandates and that certain States, such as Pennsylvania, require policies insured in the large group market to cover services that include in-patient and out-patient services for severe mental illness and substance use disorders, autism services, childhood immunizations, and mammography. Also, States may enact benefit mandates to self-insured AHPs through their ability under ERISA to regulate a MEWA.

Nondiscrimination rules under the Health Insurance Portability and Accountability Act apply to group health plans, including AHPs, and prohibit discrimination in eligibility, benefits, or premiums against an individual within a group of similarly situated individuals based on a health factor.

While AHPs may make distinctions based on bona fide employment-based classifications consistent with an employer’s usual business practice, the DOL confirmed that an association that seeks treatment as a single employer under ERISA may not treat different employers as different groups based on a health factor of an individual or individuals within an employer member.

At the same time, the final rule clarifies that AHPs can charge employer members varying amounts based on non-health factors, such as age, case size, industry, geography, and gender. In addition, AHPs can vary benefits, the number of premiums, and premium contributions based on a single member’s participation in a wellness program.

Many fear that the AHPs, allowed by virtue of the implementation of this final rule, will attract the younger and healthier people currently covered through exchange plans since the AHPs will likely be less comprehensive and thus less costly.

Individual and small group market plans would thereby be left with the relatively older, less healthy, and more costly enrollees, serving to further weaken their market positions. Moreover, AHP enrollees may be at risk of higher out-of-pocket costs due to the ability of such plans to avoid the protections of the ACA.

The effects of this regulatory initiative to broaden access to AHPs will soon be seen, though will be tempered by State efforts to ensure that such products meet State standards and are not deceiving or misleading to enrollees.